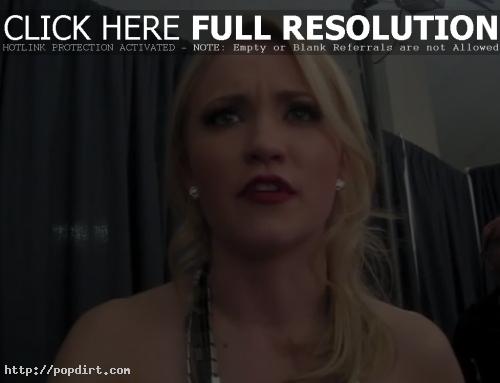 Emily Osment appeared on ‘The View’ on Thursday morning (December 23), performing her new single ‘Lovesick’. The ‘Hannah Montana’ star told the ABC show about the type of people who attend her live shows, which aren’t necessarily the target demo for the Disney Channel. “There’s definitely a range in the audience [at concerts]. You have the young, the old, the older brother who really doesn’t want to be there but is there for his little sister,” the 19-year-old explained. “You have the parents and the uncle. There’s a lot of different people, which I love. The music isn’t just for kids, it really is for everybody.” Emily also talked about the final season of ‘Hannah Montana’ and her co-star Miley Cyrus’ bong hit video. Watch the performance and interview at YouTube.