Enrique Iglesias: I May Have A Small Penis, But I Have A Big Plane 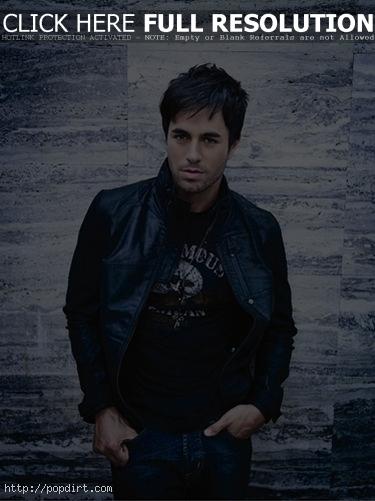 Enrique Iglesias was in Holland this week for an appearance on ‘Raymann is Laat’, where the singer talked with cross dressing host Jörgen Raymann about his parents, his father Julio’s reputation for getting around, why he moved from Madrid to Miami at 8, growing up loving music, and his one big money investment being a plane – which he admitted was a “big pu**y magnet.” Enrique joked, “I may have a small penis, but I have a big plane.”

As for whether the industry is a double edged sword, Enrique says he hates complaining and wouldn’t change it for anything in the world if he had it to do over again.

Raymann also touched on his relationship with Anna Kournikova, and if children are on the way. “I’m not really ready to have children yet,” he said. “I don’t think I’m mature enough. I don’t think I can handle that responsibility right now.” Watch the interview at YouTube.