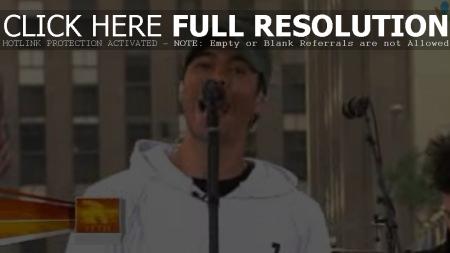 Enrique Iglesias performed live on ‘Today’ at the Rockefeller Plaza in New York City on Friday (June 15). Before his ‘Do You Know’ performance, Iglesias spoke with co-host Matt Lauer and had the following interesting exchange:

Enrique: I’m very difficult to put up with.

Matt: I hear that. You’ve got the Latin side to you.

Enrique: What does that mean?

Video of Enrique’s performances of ‘Be With You’, ‘Do You Know’ and ‘Escape’, as well as a post show Q&A at Bing.com has since been removed.