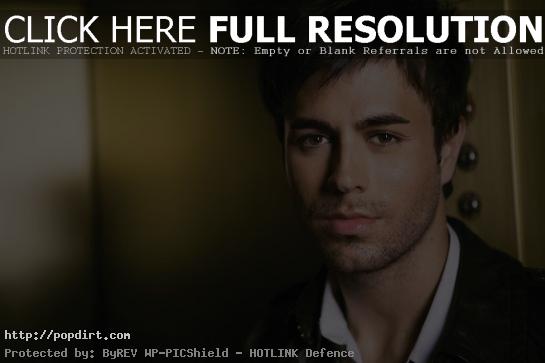 Enrique Iglesias was on the phone with Johnjay and Rich of 104.7 KISS FM in Phoenix on Tuesday (October 21) to promote his new song ‘Away’. Enrique was in London, and caught some grief for rarely calling the show anymore. He talked about experiencing an in flight problem where one of the engines went off before chatting about the single, and he set up another deal to get his song played every time he called in. Johnjay texted Enrique in London after learning Jordin Sparks was dining at the same restaurant and had texted Johnjay about wanting to meet him, prompting Enrique to wonder if he texts ever pop star.

The interview audio and the radio premiere of the song following the chat at johnjayandrich.1047kissfm.com has since been removed.

4 thoughts on “Enrique Iglesias Premieres ‘Away’ On Phoenix’s 104.7 KISS FM”