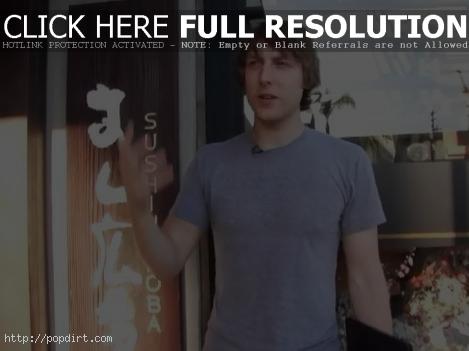 Eric Hutchinson checked in with fans from Sushi Hiroba in Los Angeles. “You know I’m a crazy sushi fan. I love sushi. I’ve got it on the cover of my album. I eat it all the time. One thing I noticed at all sushi restaurants is that on the menu, they have the rock ‘n’ roll roll. I wrote a song called rock ‘n’ roll which I play a lot, so I thought, ‘Hey, wouldn’t it be fun if I learned how to make the rock ‘n’ roll sushi roll?'” Watch the singer songwriter being tutored in sushi making at YouTube.