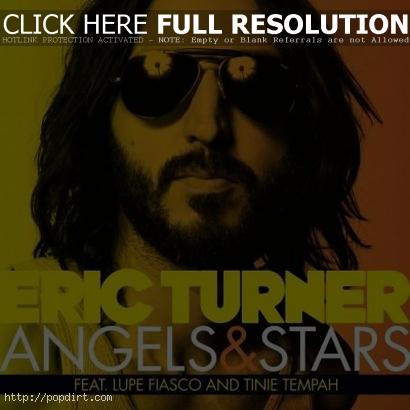 Eric Turner has teamed with Lupe Fiasco and Tinie Tempah for ‘Angels & Stars’, the lead single from his upcoming debut album on Capitol Records, due in mid-2012. Produced by Eshraque “iSHi” Mughal, the song serves as a cautionary meditation on people’s fascination with stardom.

In anticipation of the official video for ‘Angels & Stars’, recently shot in Los Angeles by director P.R. Brown, Turner has unveiled a behind the scenes look at the making of the video. The clip includes footage of Turner filming the street art inspired video, along with appearances by Lupe and Tempah.

Watch the finished video and behind the scenes footage via YouTube below.