Everyone’s So Nice To David Archuleta 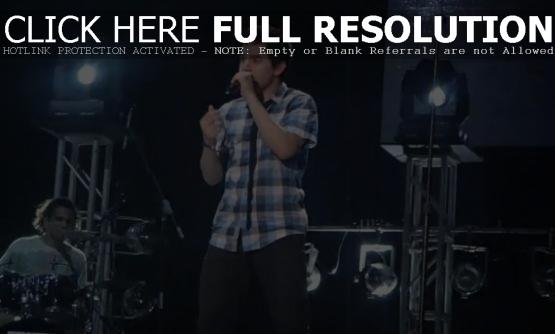 David Archuleta updated fans on official blog on Saturday (May 30), talking about attending the No Doubt and Paramore concert on Memorial Day. The ‘American Idol’ season seven runner-up writes:

No Doubt were really friendly, and everyone that worked with them on tour kept saying how they’re the nicest and coolest people you could work for. It’s always good to know that, and I thought it was neat how all their employees spoke so highly of them.

So watching the show, we sat in our seats for Paramore’s set.. but moved to the side of the stage for No Doubt’s set. It was a really good show though. Paramore was another really cool group of people. I couldn’t believe that they’re the same age as me! It’s always neat to be able to talk to people your age in the industry who go through the same things you do. You can talk about music, but also just normal stuff people your age talk about haha. But a bunch of really cool people in Paramore. Gotta give them props, and Hayley can freakin’ sing! My little sister was in heaven at the concert, because she loves Paramore lol. I’m really glad that everyone I’ve gotten to meet has just been really cool so far. I always hear about all these horror stories and jerks out there, but it seems like all these people that I run into and meet are totally laid back and friendly. Even people that I hear rumors about, so don’t always believe rumors you guys. Rumors are nasty things haha.

6 thoughts on “Everyone’s So Nice To David Archuleta”