Fender To Mass Produce John Mayer “The Black One” Guitar 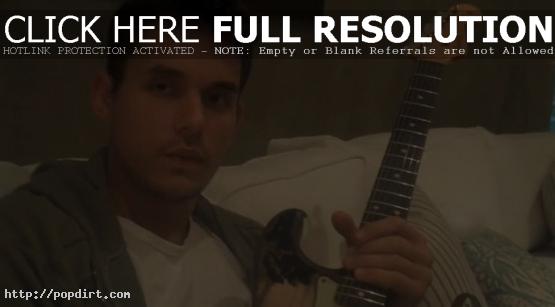 John Mayer checked in on his YouTube channel, announcing “The Black One” from his guitar collection is going to be reproduced by Fender in a super limited edition custom shop master built version, and a mass produced cheaper version.

“We’re sort of talking about something we’ve kicked around for 2 years,” Mayer explained. “The problem was I couldn’t part with the guitar to even spec it out, because I was playing it so much… So we are going to recreate this black guitar which I call ‘The Black One’, because it’s sort of how it’s come to be referenced by my asking Rene Martinez for the black one. So we’re gonna re-create this in two different ways. Two different models. One of them is a super limited edition master built, custom shop dead on balls accurate as you see it. The other one, because I don’t want to say to fans, ‘Hey, you can own my guitar for 6 grand. Have fun. Go for it.’ So I think I’m gonna do 83 of the custom built master version, and then offer, based on the very cool innovation in Fender’s production line technology, a production line version of it. An unlimited production line version of it. Maybe just say as many as you want for 12 months. So everybody gets a shot to have it. Come as close as you can to the vibe and the sound and the feel, while still making it available to most people who want to own a really quality guitar.”

John Mayer And Jennifer Aniston Are ‘Very Happy’ Together

February 24, 2009 – John Mayer and girlfriend Jennifer Aniston spoke with Oprah’s BFF and ABC reporter Gayle King backstage at Sunday’s Oscars, where Mayer said it was “the first time I’ve ever walked a red carpet with someone.” When asked if they’re happy together, the former ‘Friends’ star responded, “Very happy.”

The footage at UsMagazine.com has since been removed.