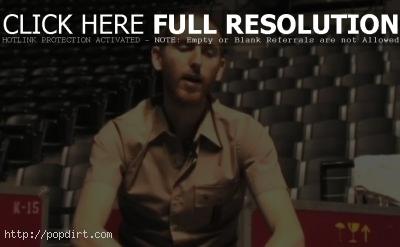 Maroon 5 are out with the first webisode documenting their string of college dates last year. The band are seen making their way to the stage before performing ‘Harder to Breathe’. Band members Adam Levine, Mickey Madden and Jesse Carmichael also discussed how playing for the college kids differs from their normal audience.

“We’re on a college tour of about 14 or 15 places, schools all over the country,” Levine said. Madden continued, “Prior to this tour it was the longest break we’ve had from the road in the last 8 or 9 years.” Carmichael concluded, “There’s something different about playing for mostly college kids. They’ve got a lot of great energy. I feel like there’s more enthusiasm for these shows than we’ve seen in a while, and it’s really fun to play for crowds like that.”