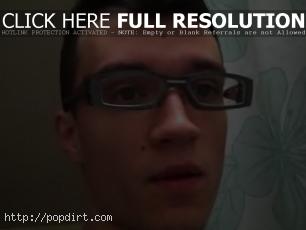 Frankmusik is lashing out at will.i.am on his Twitter account (@Frankmusik), claiming the Black Eyed Peas star lifted his loop on Cheryl Cole’s song ‘Boy Like You’. The Frankmusik Vs Tinchy Stryder ‘Yes Or No’ (New mix) samples ‘Little Lies’ by Fleetwood Mac, as does ‘Boy Like You’.

Listen to Frankmusik and Tinchy and Cheryl and will.i.am at YouTube.

OMFG. I HAVE BEEN TRACK JACKED BY CHERYL COLE. WTF

I AM SO FUC()ING SHOCKED ABOUT MY TRACK BEING COMPLETELY RIPPED OFF BY CHERYL COLE! #TRACKJACKED

OK SO Cheryl Cole ft Will.i.am – Boy Like You IS A COMPLETE RIP OFF OF A TRACK I DID FOUND HERE

OK so its Will.I.am im pissed at not Cheryl Cole just to clear things up. I heart Ms Cole if anyone looks at my previous tweets. Let me vent

@growingflame Its not the sample that is the problemo here. It’s the whole “I’m going to make the EXACT same loop as FrankMusik”. Dont be rude

@JoeeeAllOver Er no I really do not hate Cheryl. I just finished writing a track about her.

@scottkeenan You are missing the point. Its not the sample. its the fact that Will I Am used it in exactly the same way as I did.

@colezz No No NO hating the Cole. Its not her that I am having a problem with.

@Lewis_Rhys I just found out on twitter. I well impressed with Coles success. I dont have a problem with her. Its Will I Am who ripped me

@luigimasi Not hating the Cole at all. Easy on the “Lets slate FrankMusik cos no ones heard of him” too.

@Lewis_Rhys Nope I just realized after I wrote that that she obviously didn’t produce the record. Then I found out it was Will I Am. Not hate

@Lewis_Rhys PS I am not doing this for promo. Its plagiarism fair and square. I was/am shocked as anyone would be. I did it 11 months ago!

@jjbrown Er I know its Fleetwood mac. As does everyone one else. BUT Will I Am has ripped my idea big time. End of.

@Lewis_Rhys Yes of course sample all you like! Just dont make the same consecutive loop as I did. Seems as he is MASSIVE and im not.

This is the last thing I say about this. I have no problem with Cheryl Cole. Its Will I Am I have beef with. Goodnight friends and foes xxxx

2 thoughts on “Frankmusik: I’ve Been Track Jacked By will.i.am”