Roger Friedman of FoxNews.com reports that contrary to reports saying Michael Jackson’s nanny Grace Rwaramba is battling lupus, it’s actually the singer fighting the autoimmune disease. Friedman also reports that Jackson and Rwaramba are still living in Washington, DC with his three children, opining, “one can only wonder what Jackson’s kids are being taught, since their home schooling has taken them off the grid of any normalcy whatsoever.” The article at FoxNews.com has since been removed.

October 10, 2007 – Michael Jackson has issued the following letter to his fans on Tuesday (October 9), promising that he’ll soon be “sharing surprising and surprising news”: 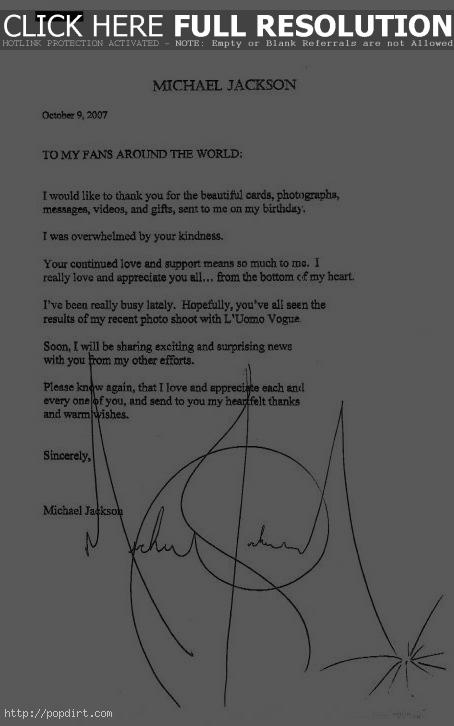