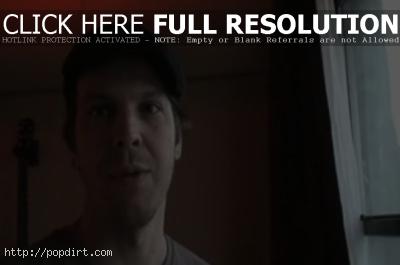 Gavin DeGraw took a break in the studio from recording to talk a little about the new album.

“I came off the road to get my bearings and to shrink it down a little bit. I really want to tap into something that I haven’t tapped into for a little while,” Gavin explained. “I’m kind of making an indie record, it’s really kind of what’s happening. The best produced sounding album. I really want to try to keep it more simple, so there are less things in the way, less distractions, from the song, to the performance of the song, to the ears that are supposed to be listening to the song. If you listen to a song too many times in the studio or if you play over it too many times, you’re trying to make it perfect, it interrupts what the song initially did for you. It interrupts the connection you initially had for the song, and also the connection you had to the people who were initially listening to the song. Then it’s almost as if everything you add to the song, every instrument you add and every part that you add, it almost becomes a little bit of a barrier between your listener and you. I like this record for that reason, for those elements. Keeping it much more raw. It just feels good.”