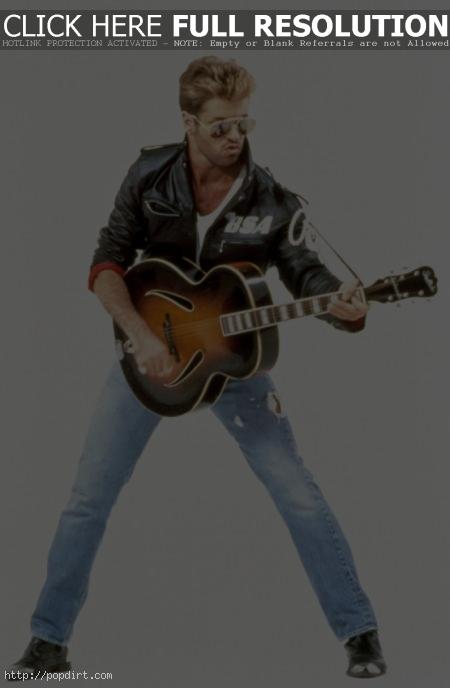 Contributed by StilettoSadist: In this month’s UK magazine ‘Attitude’ George Michael discusses Madonna. ‘Attitude’ asks George what does he make of Madonna’s current position. In there recent ‘big issue’ he said, “I always believed I would outlast everyone else, with the possible exception of Madonna.” He responded with, “Well, I think people aren’t used to seeing her fu** up three or four times in a row. They’re used to seeing her fu** up once, possibly twice and then do something really good. And she’s made a couple of mistakes in a row so everyone’s jumping all over her. But all she has to do is make another great record. She is perfectly capable of coming back and doing something wicked. I must admit, I do think she’s probably moved so successfully into being a mother and a wife that I don’t think she has the clarity of vision about what’s going to work that maybe she had before. In which case good luck to her. Her family is much more important than keeping MTV happy.”

Madonna Shaping Up For ‘Re-Invention’ Tour

April 22, 2004 – A source tells The Glasgow Daily Record Madonna is going through a grueling fitness regime for this summer’s world tour. “Madonna is a perfectionist and, at 45, she’s not taking any chances,” the source explained. “She does yoga twice a day and running, cycling and weights once a day because she wants to be in peak condition. The queen of pop isn’t ready to hand her crown to Britney or Christina just yet.”

Money Will Roll In For Madonna On World Tour

April 19, 2004 – Jeannette Walls of MSNBC.com reports Madonna will rake in big bucks on her ‘re-Invention’ tour, with the Material Girl reportedly will receive either $7.5 million or 98.5% of the box office – whichever is greater, for her gig at Slane. Madonna’s rep Liz Rosenberg denied the deal figures, but conceded: “Will Madonna make lots of money on her tour? Absolutely. And she will earn every penny.” Read more.

April 18, 2004 – The Montreal Gazette reports that for Madonna’s forthcoming ‘re-Invention’ tour, the singer will be updating the lyrics to her hit 1990 single Vogue, those close to her are telling reporters. The original version is a little dated: “Greta Garbo, and Monroe, Dietrich and DiMaggio, Marlon Brando, Jimmy Dean, On the cover of a magazine. Grace Kelly; Harlow, Jean … Gene Kelly, Fred Astaire … Ginger Rogers, dance on air.” The new version reportedly includes these words: “Britney Spears and Minogue, Aguilera and J-Lo, Jessica Simpson, Avril Lavigne, on the cover of a magazine. They have style, they have sass, Missy E kicks some ass!”

«Backstreet Boys To Cover The System
‘Charmbracelet Tour’ DVD To Be Release Later This Year?»