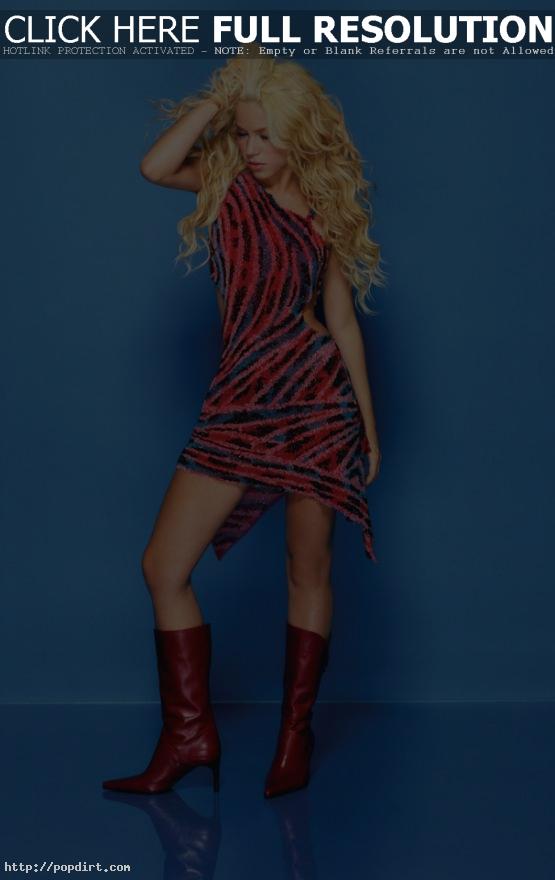 The Daily Telegraph spoke with Shakira who revealed it was Gloria Estefan who first to suggest to her the idea of recording an English album.

The Colombian pop singer explained, “The first person who thought I could do this project was Gloria Estefan. Her husband, Emilio, was my manager at the time. I never believed I could do it. Then I realized it was the next logical step in my career. It was an offer I couldn’t refuse. In the end, I couldn’t think too much about it – I just had to jump into the strange waters of making an album in English.”

Sony In It For The Long Haul With Shakira In U.S.

February 16, 2002 – The Los Angeles Times spoke with Sony Music’s chairman Tommy Mottola about the label’s plans on getting Shakira launched in the U.S. as a major artist. Mottola insisted, “She’s like a volcano waiting to explode into the Anglo market. I will do whatever it takes to break her into the US, no matter how long it takes. We’re in it for the long haul with Shakira.”

January 13, 2002 – MAD TV goofed on Shakira’s video ‘Whenever Whatever’ Saturday with the alternate title ‘Whatever Don’t Matter’ and included lyrics, “Whatever, don’t matter, I could sing about pancake batter.” The clip had Shakira rolling in the mud and uncontrollably shaking her rear end at the end of the clip.

Shakira Is A Jessica Simpson Fan

Shakira recently called into a local radio station. When asked if she likes any of the girls reigning the pop charts she said that she loved Jessica:

She has an amazing voice and spirit. She’s the sweetest thing. I saw her at Abercrombie and Fitch at the mall in L.A. She congratulated me on my album and I thought that was really sweet of her since I thought no one knew about me.