Gloria Gaynor Performs ‘I Will Survive’ On ‘Today’ 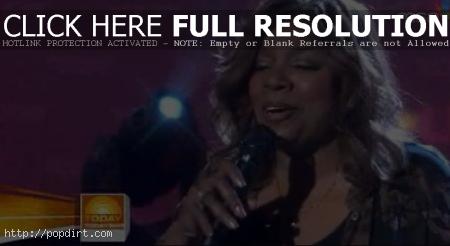 Gloria Gaynor dropped by the ‘Today’ show on Tuesday (April 8) as the singer celebrates the 30th anniversary of her groundbreaking disco hit ‘I Will Survive’. Gaynor talked about falling backwards over a monitor while performing in 1978, leaving her paralyzed the following day, causing her to be hospitalized for three months. The talk that “the queen is dead” was what inspired her to come back and record her signature hit.

Video of the interview and performance at Bing.com has since been removed.