Associated Press reports Glow Industries, a Los Angeles-based company, which sells scented products, including a perfume called Glow, and whom filed suit in August against Jennifer Lopez’s over her perfume Glow by J.Lo, went to court Thursday seeking a preliminary injunction stopping Lopez and fragrance partner Coty Inc. from using the name until the matter is resolved.

‘Jenny From The Block’ Is Who Jennifer Lopez Is 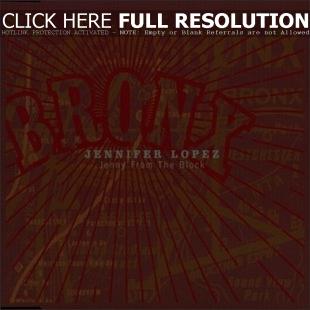 November 8, 2002 – MTV News has a feature on Jennifer ahead of the release of her new album ‘This Is Me… Then’. Lopez talked about how true-to-life her new single ‘Jenny From The Block’ is. “That’s who I am,” she said. “I love the hip-hop. I love the R&B. It’s gonna manifest itself in my music… The soul of the record is based in my Bronx upbringing. I think that really shows here – that time when people were rocking in Lees and Adidas… This record has a little bit of that nostalgia in it, so it wasn’t so much I was trying to get gritty or grimy or street – even though it has that element, which I think is cool – but it was more just really getting to who I was and letting that out.”

November 8, 2002 – People magazine reports that yes, in fact, Jennifer Lopez and Ben Affleck are engaged and plan to tie the knot on Valentine’s Day.