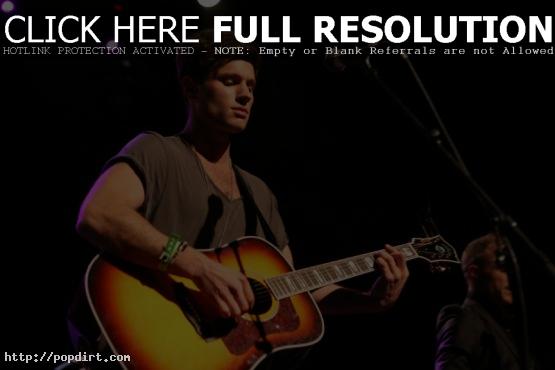 Graffiti6 released their latest ‘Free’ EP, available now on iTunes. The seven-track set includes two versions of the first single and title track ‘Free’, along with stripped versions of ‘Lay Me Down’, ‘Annie You Save Me’ and ‘Stone In My Heart’, a cover of Fleet Foxes ‘Blue Ridge Mountains’ and a brand new song ‘Foxes’.

Graffiti6 has also announced that they will spend December on the road as support for Latin singer-songwriter Ximena Sarinana on her U.S tour. The trek starts December 5th in Birmingham, Alabama at Workplay and runs through December 22nd at Schubas in Chicago, Illinois. Graffiti6 will also play at the Cosmopolitan Hotel November 30th and December 1st.

Graffiti6 is a collaboration between British singer-songwriter Jamie Scott and songwriter-producer TommyD whose sound is an uncategorizable combination of pop, psychedelia, R&B, and British Northern Soul. They’ve spent the last few months back and forth between the U.S. and Europe playing shows and festivals as they prepare for the early 2012 release of their debut album ‘Colours’.