‘American Idol’ season one champ Kelly Clarkson tells McClatchy-Tribune writer Howard Cohen winning two Grammys earlier this year was a big shock. “I didn’t expect to win. I didn’t know what to say,” she admitted. “I’d talk and I’d cry. I’m horrible. I sound like an idiot. But I love where I came from. ‘Idol’ is a great idea. For an unknown to come into the business is really hard. I wasn’t the ideal picture-perfect pop star look-alike. It’s a cool way for real talent, for people who want it and have the drive, to go the extra mile.”

ABC Debuts ‘The One’

July 1, 2006 – Jay Leno joked during his Tonight Show monologue on Friday night, “ABC debuted a new show called ‘The One: Making A Music Star’. And they say it is a completely original concept show. It’s original. It was originally called ‘American Idol’ basically.” 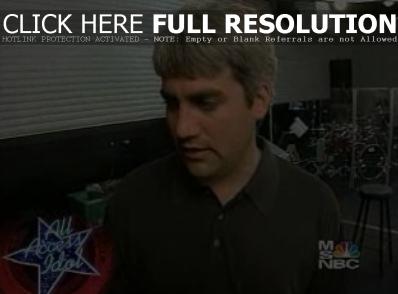 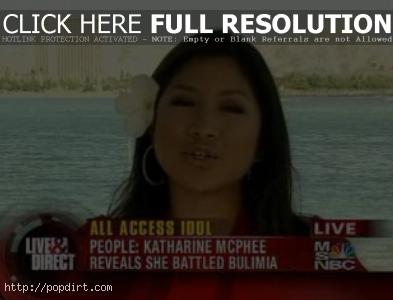 Did Jessica Snub ‘Idol’ Kellie For Copying Her Persona?

June 18, 2006 – A source tells Us Weekly that when Kellie Pickler conducted red carpet interviews at the MTV Movie Awards earlier this month for ‘The Tonight Show with Jay Leno’, the 19-year old ‘American Idol’ finalist tried to get Jessica Simpson’s attention but was ignored. “(Kellie) waved for (Jessica) to come over, but Simpson ignored her,” the source revealed. During the ‘Idol’ finals, Pickler was compared to Simpson because her sweet southern style and ditzy demeanor mimicked Jessica on ‘Newlyweds’.