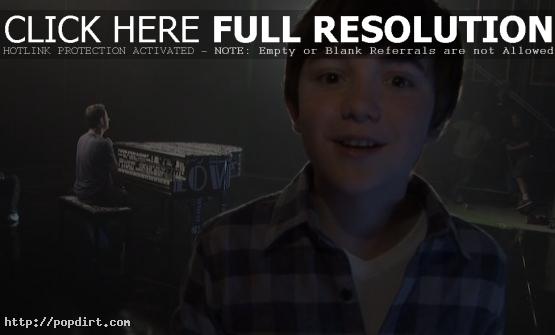 Greyson Chance is offering his fans a free download of ‘Heart Like Stone’, a new song from the 13-year-old’s debut album ‘Hold On ‘Til The Night’. The album is available everywhere August 2nd, and will also feature singles ‘Waiting Outside the Lines’ and ‘Unfriend You’.

Greyson is out with the music video to his new single ‘Unfriend You’, the second release from the Edmond, Oklahoma teen’s upcoming debut album ‘Hold On ‘Til the Night’, out August 2nd.

“I think ‘Unfriend You’ is an amazing record because, one, it’s a breakup song, which breakup songs are always fun, and two, it’s referencing social media, especially in this day and age, I think it’s very important to reference social media in music,” Greyson told MTV News about the song.