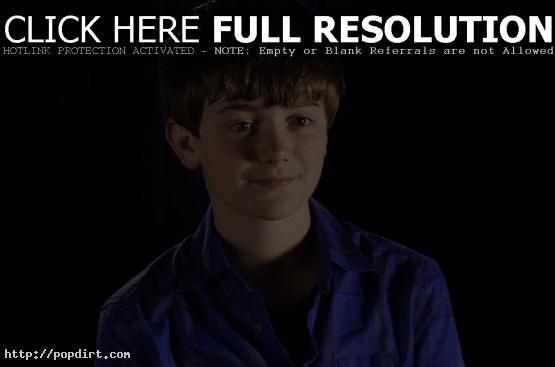 Greyson Chance sat down with Walmart Risers and got personal about social media, his recently released debut album ‘Hold On ‘Til The Night’, fame, and Lady Gaga.

“What I love about this record is that it’s that typical breakup song,” Greyson said about the track ‘Unfriend You’. “It’s about that girl who basically unfriended you and you unfriended her back. The more I think is so great about the concept of the record as well is every part of it ties back to social media. Every time I’m on Facebook now and I see the person’s name, unfriend them, I get a little chuckle. That’s my song.”

“I wrote more than half the songs on this record and writing this record was just such a fun project,” the 14-year-old said, “because I was really endless with what I could write about and that’s what was just so much fun. There was never really that barrier. Nothing was out yet. A single hasn’t been chosen yet so I just went to the studio with just this clear head and thought I could write about anything. That’s why I think the record turned out very diverse.”

“Writing is so different in some ways. You can have this idea in your head like a melody, or you can have this lyrical idea, and it’s different in every way. I work with The Matrix on this record, and what I really love about working with them is I’ll come in the studio and they’ll be like listen to this little melody idea we have. Then they play me this little melody and then for like a solid day we’re just like pouring out all of our ideas… Then finally we find the right one, we find the right meldies and then everything just seems to fall in place and it’s over.”

Talking about his experience behind the keys, Greyson said, “I started playing the piano when I was about seven. What I would do, my mom got so mad at me, I would take marker on our old piano, washable marker, and then I’d go C D E F G, so I know which keys I’m playing. She came home one day and is like, ‘What did you just do? What happened?’ I was like, ‘Mom, sorry, I was learning how to play piano’. Then I got masking tape and put it over the keys and did that.”

As for the infamous talent show performance of ‘Paparazzi’ by Lady Gaga that launched his career, Greyson said, “Doing ‘Paparazzi’ at the talent show was quite funny. After that night when I went into the lobby, all of these girls from the people in the audience came up and were like, ‘Can we have your autograph?’ I was like, I was really happy, but I was like, ‘How do I sign my name?’ In the back of my head I was like I want it to look good because I’m gonna be famous one day. Then a month later, it happened.”

The interview video at soundcheck.walmart.com has since been removed. Check out additional pictures from Greyson’s visit below the cut. 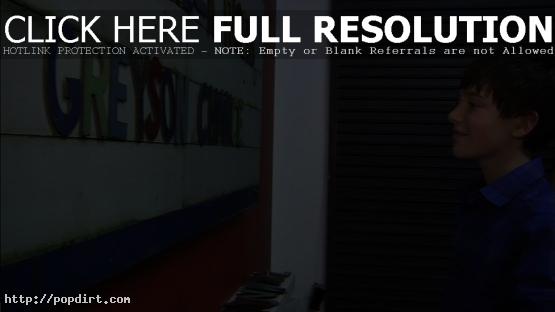 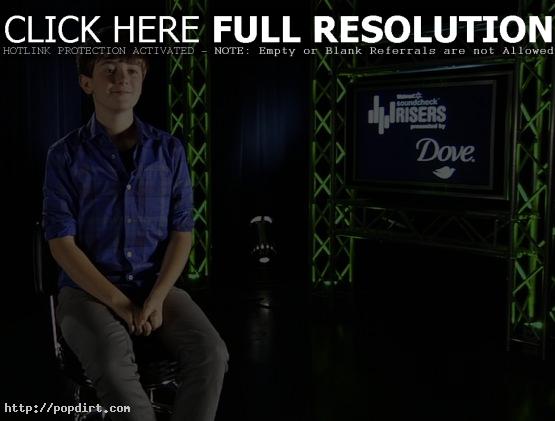 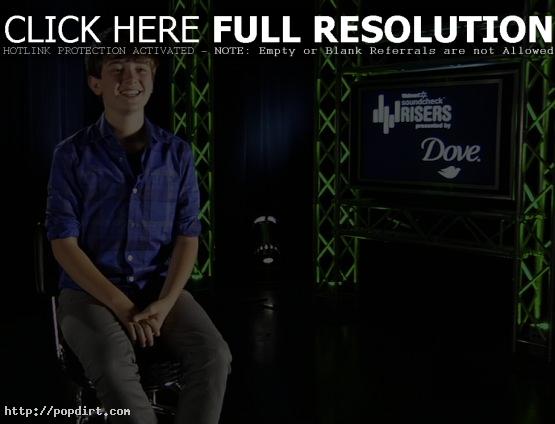 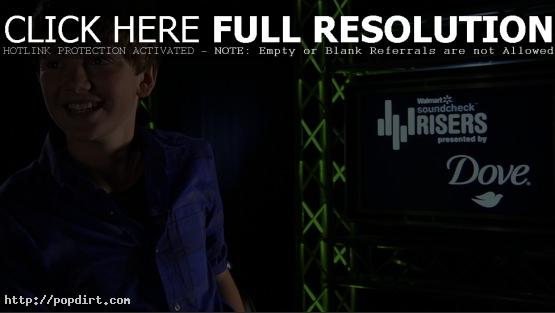