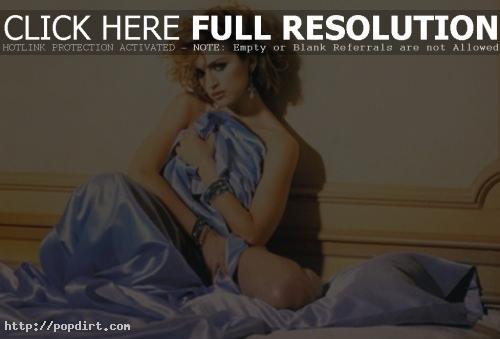 The Sun spoke with Guy Ritchie’s father John Ritchie who says Madonna is nothing like the woman she is on stage when she’s at home. “Madonna is very strong but is very quiet at home. She hardly talks at all,” John said. “She has this strong presence and is really sociable in public. But on other occasions I have met her in less social situations and she doesn’t say a word. She’s totally quiet. She doesn’t speak enough.” Read more.

September 27, 2002 – Extra TV caught up with Madonna’s brother Chris Ciccone, who just finished interviewing his sister for the current issue of Genre magazine. Despite Madonna’s busy acting and music schedule, Chris says his sister is no machine. He says, “There’s a perception of my sister being some kind of ruthless businessman, and that’s really not the case.”

September 27, 2002 – Madonna topped a VH1 survey by viewers of the greatest women in music over the past 50 years. Second on the list was Kylie Minogue, followed by Celine Dion, Whitney Houston and Aretha Franklin. Others on the list were Mariah Carey at 7th, Janet Jackson 8th, and Britney Spears at 9th.

Madonna May Cameo In ‘Love, Actually’

September 26, 2002 – The Scottish Daily Record reports Madonna is reportedly in talks about a cameo role in Hugh Grant’s new movie ‘Love, Actually’. The film is the directorial debut of ‘Four Weddings And A Funeral’ writer Richard Curtis. Others set to star in the flick are Martine McCutcheon, Emma Thompson and Alan Rickman.