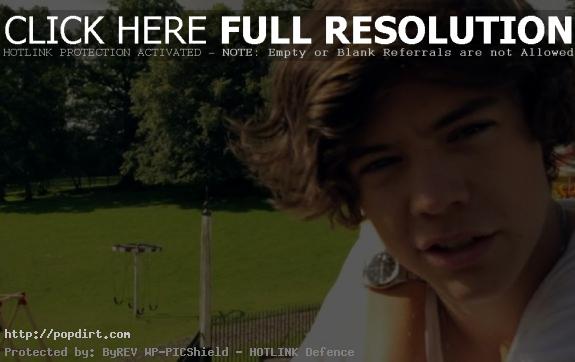 Harry Styles checked in from the One Direction album photo shoot for their second LP ‘Take Me Home’ in Henley-upon-Thames, where he was joined his bandmates Niall Horan, Zayn Malik, Liam Payne and Louis Tomlinson.

“It’s very beautiful,” Harry said of the scene. “There’s goats, emuus, llamas, and we have lots of kind of bits lying around. We just got back from America, which was amazing. It was a really good trip. We had a lot of fun. It’s always nice to come home after being away from a little bit.”

Talking about some of the photo shoot scenes, Harry said, “We did a setup where it was like a family portrait, but it was like we’re taking the mick out of it. We’re gonna do the car thing, and then we’re finished.”