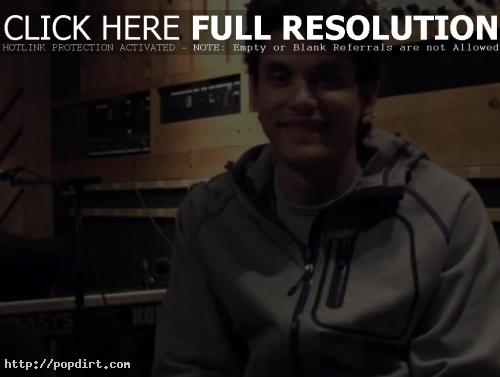 TMZ’s Harvey Levin appeared on ‘Good Day LA’ on Wednesday (August 13) dishing on the John Mayer and Jennifer Aniston split. He also commented on Britney Spears, saying he thought the recovering pop tart “is getting boring. I don’t know about you guys. But she went out, she looked good, she went shopping… I dunno, there’s just nothing to it anymore.”

The video at myfoxla.com has since been removed.

August 13, 2008 – As People magazine reported earlier John Mayer and Jennifer Aniston had broken up, a mutual friend tells UsMagazine.com that the pair are taking a break. “It is really a cooling-off, not this big, dramatic breakup,” the friend explained. “These are mature people who talk about things maturely. It’s just slowed down.” The full story at usmagazine.com has since been removed.

August 13, 2008 – Sources tell People magazine that John Mayer has split up with his latest girlfriend, actress Jennifer Aniston. “They had a great time together but they are just in different places in their lives right now,” one source explained. A friend of the singer songwriter told People the couple could reconcile.

John Mayer Vacations With His Band In Cabo San Lucas

August 8, 2008 – Though John Mayer was photographed sitting in a hot tub in Cabo San Lucas, Mexico with a woman who was not his girlfriend Jennifer Aniston, a source close to the singer tells Usmagazine.com it’s not what it appears. “The woman in the photos is one of the wives of his band members,” the source explained, adding that Mayer went to Mexico with his band “to take a break from the tour. It was a reward for them to get away and his way of saying thanks for all their hard work.” The full story at usmagazine.com has since been removed.

August 2, 2008 – John Mayer was at L.A. City Hall Thursday, calling for the city to regulate the paparazzi. “I don’t sit before you today to ask that you ban the paparazzi,” Mayer, 30, explained. “I’m asking you to regulate it. Officialize it. Tax it. Legitimize it. I don’t want to beg the city of Los Angeles to give me 1987 back. I love being a famous musician in 2008… This is about safety.” The full story at usmagazine.com has since been removed.