Media mogul Hilary Duff is gearing up for an extremely busy summer
before she turns 18 September 28. The multi-platinum recording artist’s
first two albums sold nearly 12 million copies around the world.
Hilary just finished recording new songs for her Most Wanted CD which is
due in stores August 16. The disc will include three brand-new songs
recorded exclusively for this album and a collection of Hilary’s most popular
songs completely remixed and re-mastered including So Yesterday, Why Not,
Come Clean, and Fly. A deluxe edition of Most Wanted will be released
the same day featuring bonus materials and special packaging. Hilary’s
33-date U.S. tour this summer is a brand new show and includes many songs
from her recent platinum-selling album Hilary Duff.

Hilary shoots her high-concept, innovative music video for the first
single Wake Up directed and conceptualized by industry icon Marc Webb.
She has a slew of TV appearances before launching her Still Most Wanted
tour in support of her new movie The Perfect Man with Heather Locklear
and Chris Noth. Hilary appeared recently on MTV’s Beach House and
MTV’s Movie Awards followed by appearances on The Tonight Show with Jay
Leno June 13 and Live with Regis & Kelly June 17, as well as the first
televised performance of her new single on The Today Show June 17 on their
summer concert series in Rockefeller Center. Hilary is also performing
on ABC’s America’s Celebration on July 4, and she is set to world premiere
her Wake Up video on MTV in July. Hilary will then make a very
special appearance on Fox’s Teen Choice Awards August 17 and return for
performances on The Tonight Show with Jay Leno August 15 and The Today
Show August 18.

Hilary commented, “Summer was made for touring and I can’t wait to
get back on the road, and to get to perform live for my fans. It
will be great because we’ll be returning to some of my favorite cities
like Chicago and New York, and I’ll be going through some additional cities
too like Madison, WI and Charleston, WVA. I’ll be performing everyone’s
favorite songs and I’ll have some new surprises in there, too.”

Hilary is also an accomplished TV and movie actress, and designer and
businesswoman. She recently wrapped filming Material Girl also
starring her older sister Haylie as two young highly-successful business
entrepreneurs who lose everything and have to learn how to start over.
Duff will also reprise her starring role in Cheaper By The Dozen 2 which
she’ll shoot this summer before launching her tour.? As a designer
and businesswoman, Hilary and her new partner Robert Thorne oversee a growing
lifestyle brand at retail featuring trend-forward fashion, health and beauty
and other products, with very special announcements imminent. Hilary’s
philanthropic work is an important part of her life. She’s presently
planning a trip to India to help tsunami survivors and is part of the President?s
advisory committee for three years, among many more.

The Still Most Wanted tour dates are as follows: 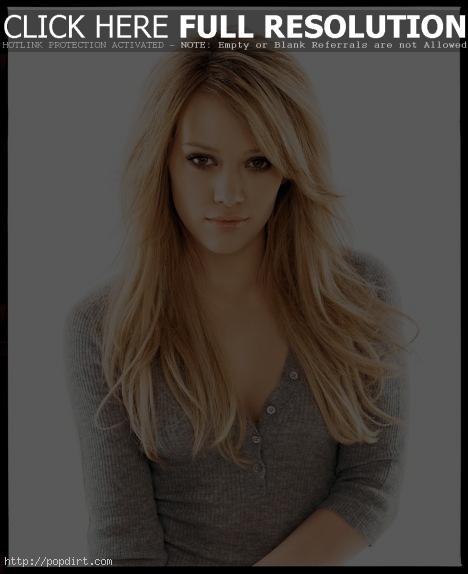