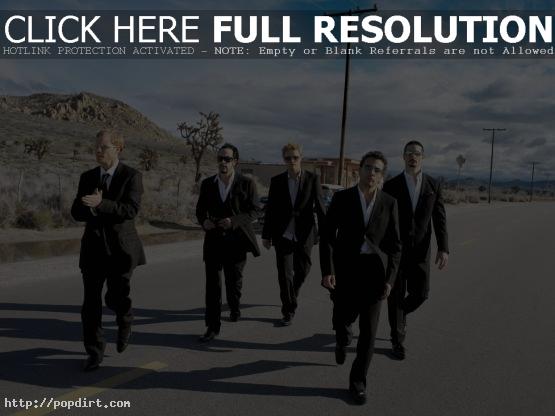 After watching the Backstreet Boys perform before a near capacity crowd at the the Tweeter Center in Mansfield, Massachusetts two years ago, Marc Hirsh of MSNBC weighed in on the veteran boy band’s prospects with their new CD ‘Unbreakable’, out Tuesday. Hirsh writes, “Having followed the standard career path – theme-park origins, platinum albums, fired manager, insistence on proving their artistry by writing and playing on their own songs – they’re still around, with no precedent to guide them. To get a proper perspective, you’d have to imagine the New Kids On The Block releasing a new album in 1998. That’s what’s effectively happening with ‘Unbreakable’. If ‘Never Gone’, the album being promoted on that summer evening in 2005, was the Backstreet Boys entering uncharted territory, the new release is a testament to how far they can push the car before the tank is empty.” Read more.