How Do You Pronounce ‘Gigli’? 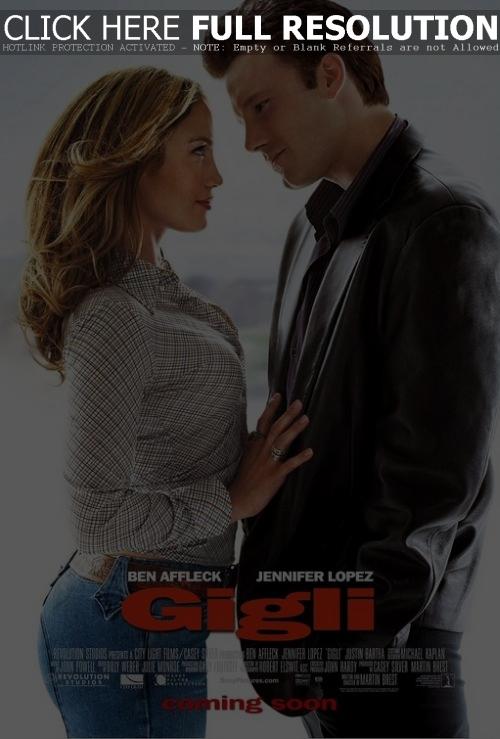 Craig Kilborn joked about the Jennifer Lopez and Ben Affleck starring dud ‘Gigli’ during his Late Late Show monologue on Monday night. Craig said, “Over the weekend the movie ‘Gigli’ opened. It’s spelled ‘Gigli’ but it’s pronounced as “the worst movie ever.”

Even Justin Guarini & Kelly Clarkson Walked Out Of ‘Gigli’

August 6, 2003 – Tonight Show host Jay Leno cracked off a few jokes about Jennifer Lopez and Ben Affleck’s new movie ‘Gigli’ during his Tuesday night monologue. Jay joked, “Some exciting news – military experts say our troops are closing in for sure at this point, and getting ready to strike. They now think within a couple days we should have the producers of ‘Gigli’ in custody. I don’t want to say it’s bad, but Justin and Kelly walked out on it. Here’s the sad part – today even Matt Damon demanded his money back.”

August 6, 2003 – Jay Leno joked about the bomb opening for Jennifer Lopez and Ben Affleck’s new movie ‘Gigli’ during his Tonight Show monologue on Monday, “More than 300 people are now prepared to file for governor of California. That’s more people than saw the movie ‘Gigli’ this weekend.”

7 thoughts on “How Do You Pronounce ‘Gigli’?”