How Hot Chip Got Their Name 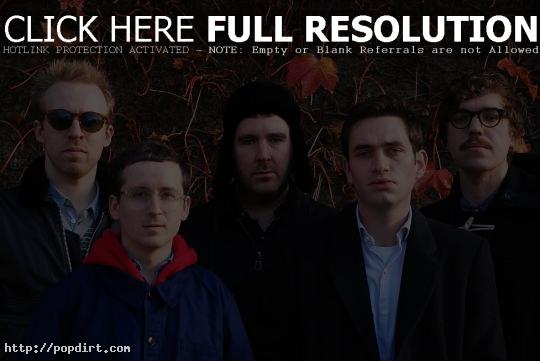 Spin magazine spoke with Joe Goddard of Hot Chip in a Q&A, talking about how the British electropop band got their name. “I remember Alex [Taylor] and I making the name up on the spot at a gig in our school’s theater when we were 15 or 16,” the co-vocalist told David Marchese. “We were using an old electronic organ and electric guitar and were playing some of our own songs and some covers: Spacemen 3, Pavement, stuff like that. We hadn’t even bothered to come up with a name yet. When we were done playing, someone asked who we were and we just said, ‘Hot Chip,’ which was a phrase we thought was funny at the time. We liked it because it was kind of pathetic. It’s essentially a stupid image: French fries, which are called chips in England. Basically, this is all a way of saying that the Hot Chip name began as an inside joke, and 15 years later it’s still our band’s name.” Check out more band name discussion here.

«Adam Lambert Made Out With Ke$ha, Is Okay With Wearing Fur
Lady Gaga & Terence Koh Count A Teacup Of Pearls»