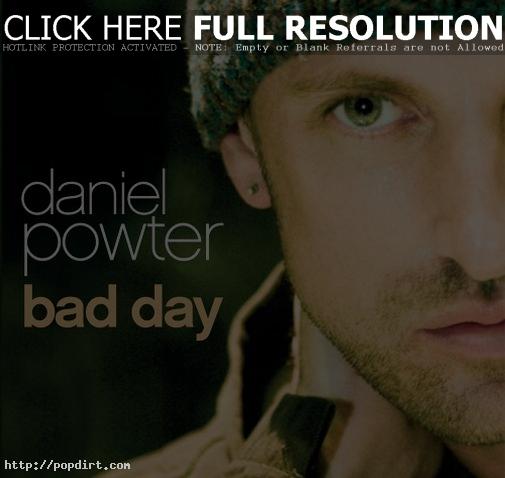 Billboard reports that Canadian singer/songwriter Daniel Powter earned his first No. 1 on the U.S. pop singles chart Thursday as ‘Bad Day’ climbed one rung to the summit, swapping places with reggae star Sean Paul’s ‘Temperature’. His international hit had been languishing in the United States until ‘American Idol’ started playing ‘Bad Day’ every week, as underscore music to the video of the departing contestants on results shows.

March 30, 2006 – TMZ’s camera caught the ‘American Idol’ contestants going to Universal CityWalk Wednesday night after the show. It’s become a ritual to have a “farewell dinner” for the contestant who is booted — in this case, Lisa Tucker. TMZ.com has since removed the video.

‘Vote For The Worst’ Upsets Pickler Fans And FOX

March 30, 2006 – VoteForTheWorst.com webmaster David Della Terza tells TMZ that his ‘American Idol’ lobbying web site pushing people to vote for contestants whom he believes are the worst singers has been prompting death threats from fans of Kellie Pickler. The 23-year-old added that FOX is so upset with the content, they’ve called out their lawyers to threaten him.

March 30, 2006 – Former ‘American Idol’ finalist Kimberly Caldwell spoke with MTV News about her gig as co-host of the TV Guide Channel’s live pre-show ‘Idol Tonight’. “We have the entire audience, so we talk about each contestant, what’s going to happen this week,” Caldwell said. “We talk to experts, fashion designers, makeup, vocal coaches and then each one of their fans, and that’s where we get the crazy stuff. By the time we get done with them and send them in for the show, they’re really pumped up. Some of these people drove hours just to see the show, so the least we can do is hype them up a little more.” Read more, including other ways fans can get more ‘Idol’ and how much is too much, here.