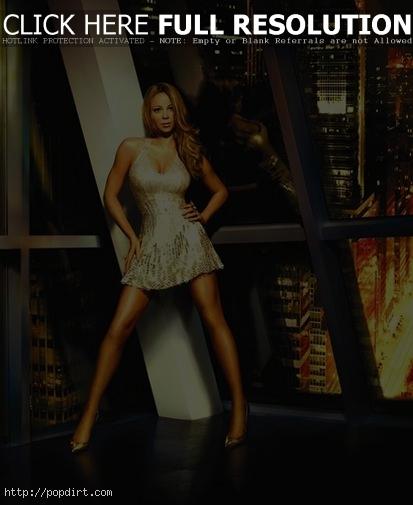 While observing Mariah Carey perform at the 15th CLSA Investors’ Forum in Hong Kong on September 25th, an observer noticed a change with the 39-year-old. “Mariah looked great, but she seemed to have put on a few pounds. Maybe she’s pregnant — or at least planning on it,” the source told Life & Style magazine, adding that Carey and hubby Nick Cannon “were laughing, kissing, holding hands.”

Mariah’s pal told the tabloid that the couple have been trying to conceive their first child. “They’ve been trying during their travels, and Mariah has seen her ob-gyn several times recently in California, and not just for checkups,” the source revealed. “She’s talking to her doctor about pregnancy and what to expect.”