Jake Byrd Shows Michael Jackson Fans ‘This Is It Also’

‘Jimmy Kimmel Live’ featured celebrity superfan Jake Byrd at the premiere of ‘Michael Jackson’s This Is It’ the other evening, showing MJ fans the documentary he made called ‘This Is It Also’. Byrd even gave a copy to the King of Pop’s brother Jermaine. The trailer at Hulu has since been removed.

‘Michael Jackson’s This Is It’ Misleads The Public?

October 27, 2009 – ‘Showbiz Tonight’ host A.J. Hammer and a panel take a look at an explosive new debate over whether the new ‘Michael Jackson’s This Is It’ documentary misleads the public by omitting possible signs that the King of Pop was in ill health in rehearsals the days before his death. Watch the segment via CNN.com below the cut.

Michael Jackson ‘This Is It’ 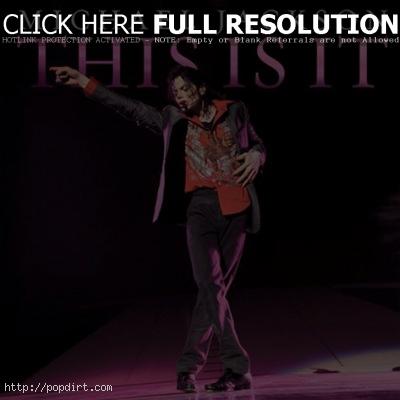 October 4, 2009 – Michael Jackson’s 11-year-old daughter Paris told her aunt La Toya she thinks her father was driven to an early grave. “She said, ‘No, you don’t understand. They kept working him and daddy didn’t want that, but they worked him constantly’,” La Toya told ‘The Paul O’Grady Show’. “I felt so bad.” Watch a report from ITN below.