James Morrison On The Set Of His ‘Broken Strings’ Video 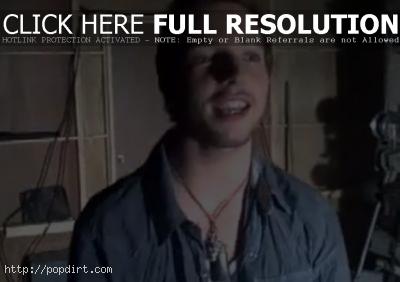 The first clip features James talking about the weather, the food on set, and checking out his lookalike featured in the video. Clip two features James midway through the shoot with people breaking for lunch talking about how it has been going so far. James is then seen in front of the green screen in clip three before jamming during a break in clip four. The last clip posted so far has James tensing up and giggling as they await a guitar explosion.

Watch all but part 3 below.