James Morrison Talks About New Album, Performs ‘In My Dreams’ 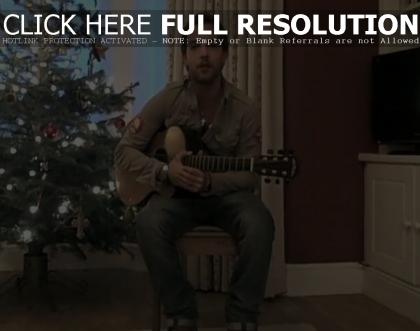 James Morrison has been away writing songs for his third album for much of 2010. The new album, which is still being recorded, will be released during 2011, with live shows to follow. In the meantime, James has recorded a special Christmas message to let everyone know what he’s been up to, wish everyone a Merry Christmas and to play a new song called ‘In My Dreams’. “Next year I’m really excited to bring out the new album. I’m sorry I haven’t been in touch,” the English singer songwriter said. “I’ve just been wanting to make it the best album that I’ve made. I put all my efforts into making it a good album. I’m really excited about going on tour again and playing some new places I haven’t been to.” Watch the comments and performance via YouTube below.