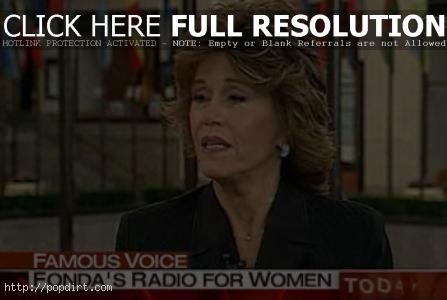 Jane Fonda, who co-stars with Lindsay Lohan in the film ‘Georgia Rule’, told ‘Today’ co-host Matt Lauer she thought the letter issued to Lindsay about her lack of professionalism was cool, but added she loves Lindsay. “It wasn’t bad for someone to say tone it down, but when she was on the set she showed up, she was good, she was talented, she’s smart … I love her, she’s wonderful.”

The interview, with the Lindsay remarks at the end, at Bing.com has since been removed.