Janet Jackson opens up to Larry King about the passing of her brother Michael Jackson and also discussed the effects of bullying on ‘Larry King Live’ on Thursday evening (November 4). “I think it really says more about themselves, how they feel about themselves,” Jackson said when asked why people bully. “There’s something about themselves, I feel, that doesn’t set right, something – whether they hate, they dislike, something that may be going on, issues at home with their parents. Who knows what it is? But it’s something going on inside of them. And I think it’s them lashing out.” Watch a highlight clip from the CNN program below the cut.

November 2, 2010 – Janet visited ‘Access Hollywood’ and said she’d love to start a family, but “it’s in God’s hands. If it’s meant to be, it will happen. I hope it does.” The singer/actress also talked with Tony Potts about how she’s in the happiest moment in her life and her self-help book ‘True You’. Watch the interview below.

Janet Jackson ‘GMA’ Behind The Scenes

October 26, 2010 – Janet posted some behind the scenes footage from her appearance on ‘Good Morning America’, where the singer/actress talked with Robin Roberts about new movie ‘For Colored Girls’. After telling George Stephanopoulos she sees him at the gym all the time, Janet posed for some photos with Robin. Watch the video via YouTube below. 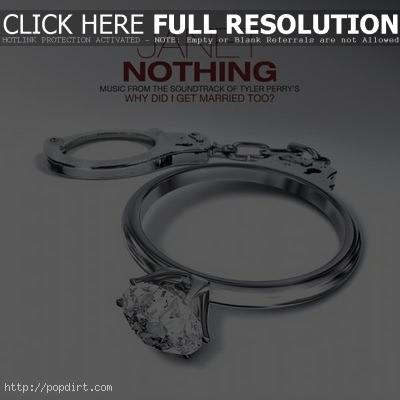 April 8, 2010 – Janet is out with the music video to her new single ‘Nothing’, off the soundtrack to the 2010 film ‘Why Did I Get Married Too?’. Watch the Tim Palen directed video via YouTube below.