Janet Jackson was spotted outside CNN studios in Hollywood on Thursday (February 28), signing autographs for fans after emerging from her limo before going inside to appear on ‘Larry King Live’.

Asked how she’s avoided ending up like Britney Spears or Lindsay Lohan, Janet told Larry, “I have to give the credit to my parents, really. They really made sure that we were grounded. You know, it might sound silly, but I always tell this story that, regardless of how many fans are screaming for you and to how many audiences you please — thousands and thousands and thousands of people — you come home at the end of the day and we had tons of chores to do. Tons of chores to do. My parents — well, they still do have like three acres. And they used to make us rake every leaf in the yard. We’d get up at like 7:00 a.m. Every day.”

February 16, 2008 – Janet Jackson is set to release her new album ‘Discipline’. The singer talked about the disc being “classic me”. Asked if she and boyfriend Jermaine Dupri have butted heads on the project, the singer told Denise Quan of CNN, “We’ve never butted heads, ever, when it comes to work.” Janet added, “If there’s something we disagree on we really try to figure it out and do what’s best for the project.”

Janet added that she’s been pressuring her brothers for a possible reunion tour. “One of my brothers, he has had a solo career, and you have to respect it. So I don’t know, he’s kind of on the fence about it. But I’m not giving up. I’m still going to work very hard. I’m going to get on his nerves until he says, ‘Fine!'” Watch the segment below.

February 8, 2008 – RealTalkNY.net was on hand for the Janet ‘Discipline’ listening session with Janet, where she was interviewed about the project by Blender magazine editor Joe Levy. She talked about the producers she worked with on the record, the song selection process, what discipline means to her, having a song called ‘Rock With You’ like her brother Michael, and how she loves love and loves sex. The final couple minutes feature highlights from the actual listening party. The album is out February 26th. Watch it at YouTube. 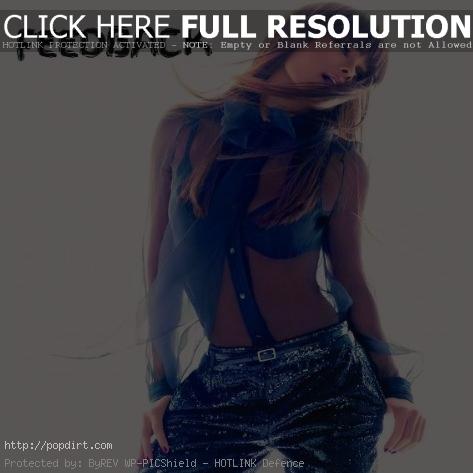 January 9, 2008 – Janet is out with the music video to her new single ‘Feedback’, the first release from the Beverly Hills, California based veteran pop star’s tenth studio album ‘Discipline’, out February 26th on Island Records. Watch it below.