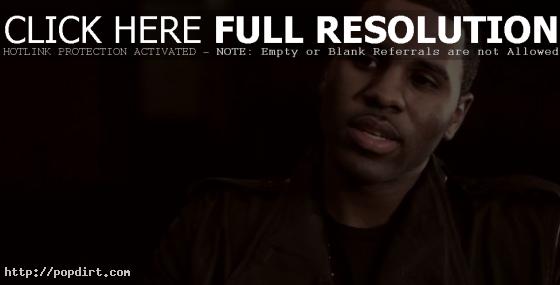 Jason Derulo is out with episodes chronicling the making and promotion of his upcoming album ‘Future History’. Part one features the Miami artist talking about his writing and recording process for the album. Part two has Jason behind the scenes at his Pepsi Smash performance. Part three features Jason taking viewers on a tour of his home in Los Angeles.

“The writing process is me just going into the booth and letting it rip,” Jason explained in the first clip. “I have a mic set up in the control room, where I can just lay down melodies. I start with melodies first, and then I kind of decode the melody. I’ve learned that music is really about the melody. The feeling is in the melody, and I learned that by just going overseas and seeing these people that don’t even speak any English sing all the words back to me. That’s how I know it’s more than what the lyrics and saying, it’s the feeling. Even though you don’t know what I’m saying, you can feel what I’m saying, and that’s what music should be.”