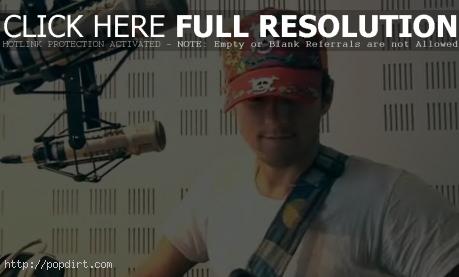 Jason Mraz posted some behind the scenes footage of the singer songwriter’s recent trip to Paris, France. The video starts out with Mraz performing ‘The Dynamo Of Volition’, then he’s seen doing a radio appearance, performing ‘I’m Yours’. After jamming in rehearsal with the band, Mraz is seen performing ‘Butterfly’.

“It’s good to be back. I think this is gonna be our first official gig here, having brought the full band and the big show,” Jason said during his interview before miming the female DJ, insisting he was simply “translating” for his own audience.