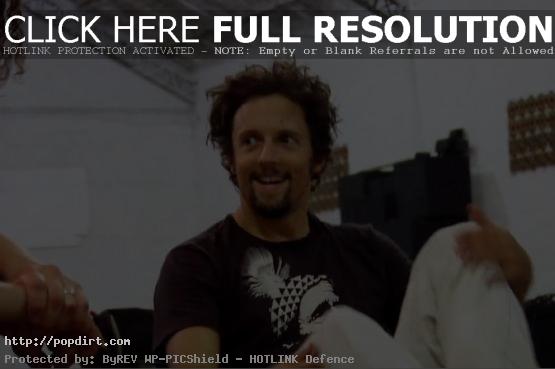 Jason Mraz checked in with fans on his blog at MySpace (@jasonmraz) on Wednesday (August 11) after enjoying a hike outside Oslo, Norway. The singer songwriter tells readers:

My Scandinavian isn’t good enough to know the difference between the laundry detergent and the body wash, so to play it safe I scrub with the Palmolive hand soap from the sink basin, which leaves my skin feeling silky smooth in the sheets where I lay under a faux bearskin blanket snuggled up with Robert Langdon in the latest Dan Brown decoder. I’ve come here to escape the maze of London and get lost (quite literally) in the mountains of Norway, just outside of Nddlljflek as it appears in my brain without spell check. As a songwriter, environment plays a key role in the game of making sh** up. And as it goes – I’m not one who enjoys having to make anything up, preferring instead to put my real life on the line when that line is calling to be written.