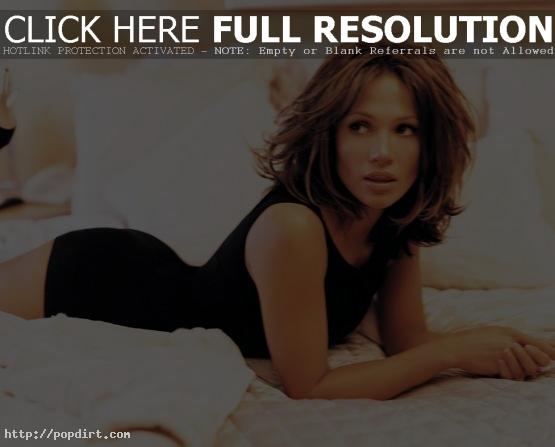 Jennifer Lopez has released a statement regarding her move to part ways with Sony Epic Records ahead of the release of her seventh studio album ‘Love?’. The 40-year-old singer/actress stated:

I am making this statement to put an end to any confusion in regards to my next album, titled Love. I have belonged to the Sony family since the beginning of my career as a singer and together we’ve had great success. I have fulfilled my contractual responsibilities with Sony/Epic up to this point, and we have both reached friendly terms about my departure from the label. I’m also happy to say that we’ve found a new home for my album ‘Love?’ and that it is slated for release in the summer of 2010.

A spokeswoman for Sony Music told the Wall Street Journal that they are still on “extremely amicable terms” with J.Lo.

February 22, 2010 – Jennifer and Marc Anthony held hands as they prepared to depart from Nice Airport on Saturday (February 20) in France. Along the way, J.Lo, wearing giant glasses, stopped for a photograph with two young fans.

Lopez is suddenly without a record label, parting with Sony Music ahead of the scheduled release of ‘Love?’ in April, which now appears in doubt.

“Jennifer had a wonderful relationship with the Sony Music group, and they have shared many successes together, but the time was right to make a change that best serves the direction her career as an actress and recording artist,” her manager Benny Medina told Deadline.com. “She is grateful and appreciative to everyone Sony for all that they accomplished together.”

Jennifer Lopez In A Colorful Dress

January 24, 2010 – Jennifer was spotted wearing a colorful dress while out in Miami on Thursday (January 21). Check out pictures from Daily Mail. The singer/actress told her Twitter followers (@jlo) that day:

January 22, 2010 – At the ‘About Face’ event in New York City, Jennifer spoke with ‘Access Hollywood’ and revealed whether or not there are any hard feelings over her razzing Jay Leno and Conan O’Brien when she did the monologue on ‘Lopez Tonight’ (watch it at YouTube). “You know, I think they all know how much I love them,” J.Lo said. “Leno and Letterman. We have long relationships for many years, so it was just a little bit of comedic fun. I’ve been the butt of their jokes many times… literally.” Watch the interview via msn.com below the cut.

December 1, 2009 – Jennifer visited ‘The Jay Leno Show’ on Monday night (November 30) during the 10@10 segment, talking about tabloids, her first thoughts after her AMA fall, her worst job, and what fast food joint she’d go to with $10. The responses and the uncensored response to the second question have since been removed at NBC.com.