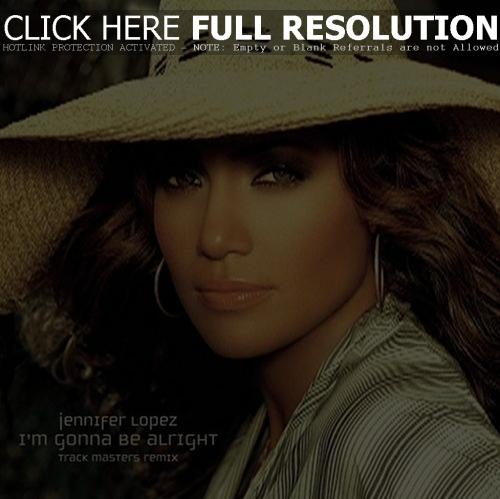 Getty Images had pictures of Jennifer Lopez announcing the winner of the nationwide model search for JLo Fashions in New York City on Saturday. The winner, Natalie Martinez, 17-years-old, is from Miami.

April 24, 2002 – Jennifer told BBC’s Radio 1 that she’s begun work on a new album. While admitting her “last two albums and (her) remix album were made quickly,” Lopez says this time she’ll be taking her time. “I’m in search of something – I don’t know exactly what that is yet – but I’m willing to take my time,” she said.

April 24, 2002 – Extra TV spoke with Jennifer about her new film ‘Enough’ recently. J.Lo talked about why she took the part, the social message that goes along with the film, the training involved with her character, the song she and Cris wrote that was put in the film, and whether she and Cris have a timetable for starting a family.

April 24, 2002 – IMDB.com reports Jennifer Lopez’s ‘Enough’ co-star Billy Campbell was terrified at the notion of first visiting her home before filming. Campbell revealed, “I have to admit I didn’t know what to expect. People sort of whip themselves into a frenzy talking about J.Lo. You hear all the stories about strange behavior, having people strew flowers in her way. I now have this notion that J.Lo sits in her trailer and makes up these stories and puts them out in the world just to stir people up. I went to her house before the film to meet her and see if she approved and I was a little worried if she was gonna come downstairs breathing fire. But she’s really incredibly focused; she’s a mini empire. She’s got more irons in the fire than you can imagine. She’s sweet and she has the best sense of humor.”

April 23, 2002 – MTV News spoke with Jennifer on Saturday to get her take on her new single, the remix to ‘I’m Gonna Be Alright’ – where she gets help from rapper Nas. Lopez proclaimed, “I love Nas. I’ve been a fan of his since his first album. I could [recite] all the words by heart. It was just a dream to be able to work with him. He said he would do it and he did it just like that. [Nas and I] shot the video here in Spanish Harlem a few days ago.” Read more.