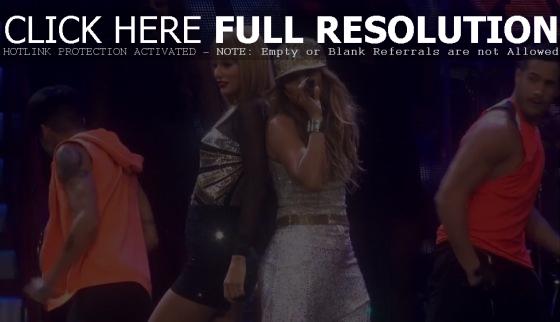 Taylor Swift was joined on stage by Jennifer Lopez for a duet of J.Lo’s hit single ‘Jenny from the Block’ during Swift’s concert at Staples Center in Los Angeles, California on August 24th as part of the Taylor Swift RED Tour. Taylor named ‘Jenny From the Block’ her “hairbrush song”. Watch it via YouTube below.