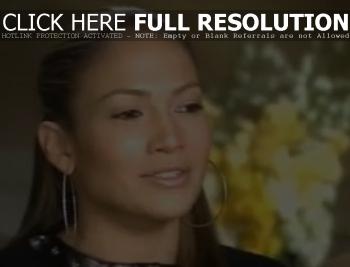 The Daily Star reports Jennifer Lopez threw a tantrum with beauty salon staff at the Miami Beach Agua Salon after she claimed they’d bungled her Brazilian bikini wax treatment. Lopez later stormed back into the salon claiming hairs remained in “hard to reach places.” Staff were too afraid to resume waxing so the diva went home to get fiance Ben Affleck’s assistance.

March 3, 2003 – Jennifer was at Capital FM over the weekend where she was quizzed about her upcoming wedding with Ben Affleck and the press attention their relationship has received. Can they keep the wedding a secret? “I hope so, I really do,” she said. “It’s a very personal, intimate, family thing. I realize there’s interest in it, but hopefully people will respect the fact that it’s a special day for us. It’s not that we want to hide anything from the world. I feel responsibility to my fans to let them know what’s going on with my life to a certain extent. But at the same time, you want to have your special day with your man and your people, and I think anyone in the world can understand that.” Audio has since been removed.

March 3, 2003 – Globe magazine reports Ben Affleck recently got a custom-tailored shirt from fiance Jennifer Lopez that he wore to the set of his new movie project, ‘Surviving Christmas’. As he leaned against a freshly-painted prop wall, Ben realized he’d glued his sleeve there by accident. Worried that J.Lo would be upset, he quickly called a tailor to secretly sew up an exact replica.

March 2, 2003 – The Sunday People spoke with Jennifer and asked the singer/actress engaged to Ben Affleck if she plans on starting a family. “Of course I am,” she said. “I have a really wonderful life – it’s busy and very full – but my work doesn’t complete me as a person. What will complete me is a family. I want to feel the love between a mother and a child.”