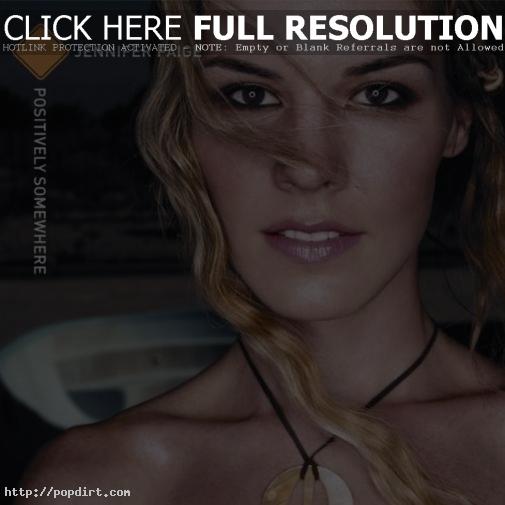 As my first review (and as a new member) to this website, I’m reviewing a CD that most of you have probably never heard anything about. Does anyone remember “Crush” – the pop smash from 1998? The singer of that was Jennifer Paige and this is her latest album. It was a surprise discovery in 2001 for me (after hearing the lead single on the radio) and is my second favorite album of last year (behind only Mariah Carey’s stunning “Glitter.”). This review is rather lengthy but if you get through it all, I hope you enjoy it. Thanks! I will review each track individually on a scale from 1-10:

1. ‘These Days’ This was/is the first single from the album “Positively Somewhere”. JP may be most familiar for ‘Crush’ (her #3 hit from 1998) but this guitar-laced, more rock-y sounding track is nothing like it. It has a different musical direction and is the perfect track for Jennifer’s vocals. It’s a shame that it hasn’t just blown up the charts. I especially like the break near the 2 min mark of the song, “now you won’t have to smile and ignore me” Rating: 10/10

2. ‘Here With Me’ Another one of my favorites from the album; it begins with a wonderful keyboard sound and slowly builds with percussion coming in perfectly with JP’s vocals. The chorus is great, “it doesn’t mean anything/without you here with me/and I can try to justify/but I still need you/here with me” then the verses slow down again to a great melodic mid-tempo sound before the chorus kicks to a faster beat. The break at about 2:30 before the end of the song strides in like the chorus is very cool. A PERFECT blend; the song is very addictive. Rating: 9.9/10

3. ‘Stranded’ This was my second favorite on the whole album, but after discovering a live mp3 of it on the net (a BEAUTIFUL stripped-down, acoustic version) and more listening, it is now my favorite track on the CD. It has a great feel to it that’s almost hard to describe, the whole song REALLY gets into your brain, in a good way! The very beginning of this song sounds like water or something rushing in for a split second (the “tidal wave” of the lyrics perhaps?) and opens the track in a unique manner. It also has an underlying string section that is just mesmerizing. The lyrics (JP wrote about the album, but unfortunately this wasn’t one of the tracks she wrote) are GREAT too! Rating: 10+/10

4. ‘Make Me’ Time for some Latin-flavored up-tempo music :) This is the most similar thing to ‘Crush’ on the whole album (in fact, the same people responsible for that track are behind this one) but it is still markedly different. It has more guitars and a flamenco feel to the whole song. It would make an excellent single choice as it has both a stellar chorus and hook. I love the, “things that you do and the things that you say/gotta be for real/if you want me to stay/think that I’ll jump if you want me to play/well you gotta do better than that” refrain that leads into the chorus. It’s VERY catchy. My rating: 10/10

5. ‘Way of the World (Of You and Me)’ Jennifer works with her vocals a bit differently in this song, but it still works well. The vocals are more layered and the song has more “rock” vibe to it. There is a nice little drum loop that runs through the track and it almost sounds like a bit of Jenn’s vocals are enhanced with a vocoder or something. At any rate, it’s still a very nice song; good pop-rock melody and I even think it would work on the radio. My rating: 9.5/10

6. ‘Not This Time’ Let me just say that although ‘Stranded’ took this track’s place as my favorite on the album, this song is still OUTSTANDING! It has an almost overlapping style of r&b, pop, and rock. The chorus is MEGA-addictive! It has a fast, repeating vocal quality that sounds really cool. The way the chorus mixes the understated backing vocals with one of Jenn’s leading vocals sounds terrific. My rating: 10+/10

7. ‘You Get Through’ The first of a very limited amount of slower tempo tracks on the disc. Even so, it’s not pure ballad, but it is slower. It is very romantic, “when you hold me/I surrender/I am yours forever” and has a laid back quality which is very refreshing. This is one of the tracks Jenn helped write and it comes off very nicely. The guitar work in this one is also very good. The end of the song, with the “you get through” repeated until fade adds a nice touch. My rating: 9.7/10

8. ‘Feel So Far Away’ This is another of one of the slower tracks on the album. It has a very haunting quality with the backing vocals and Jenn’s lead vocals mixed around an almost electronic sound through the song. There is a drumbeat laced through the entire track, which adds to the hypnotic feel. The music breaks down at about 2:45 and then slowly builds back up with the electronic, drum, and misty music surround Jenn’s lyrics very nicely. This one’s quite different from any of the other songs on the album and it really works well. My rating: 9.7/10

9. ‘The Edge’ This song has a very club or dance-like feel to it, almost as if it were a remix to another track. This is a great example of how Jenn can switch musical styles on this CD and still pull it off really well. I think it’s a testament to her diversity. At any rate, I can imagine hearing this in a club, it has a very danceable beat to it and the lyrics “now I feel you calling me/pulling me closer/wanna give you all of me/ I think I’m going over/going over/over the edge” are smooth as silk. My rating: 9.8/10

10. ‘Tell Me When’ Ok, almost every album has a weakest song on it and unfortunately this one is it on ‘Positively Somewhere’ for me. Her vocals aren’t as full here and she doesn’t sing out like she has the beautiful capability to. The song isn’t BAD by any means, but when compared to the rest of the album, it falls flat. My rating: 7.9/10

11. ‘Stay The Night’ Jennifer cuts completely loose here on this unique and very funky track. The whole track is a very upbeat number with a kickin’ chorus and background vocals. Jennifer’s vocals are really full of longing and emotion. This would work great as a single too. My rating: 9.9/10

12. ‘Vapor’ Again, Jennifer changes everything around. This track has almost a retro feel to it. It’s different and is a fitting end to the album. It fits with the more rock, glossed sound of the disc but tweaks it just a bit. My rating: 9.6/10

As you can see, almost every single track on “Positively Somewhere” is a winner. I thoroughly recommend it to anyone who likes good music, lol. It may be unknown and Jennifer Paige might not be too popular now; however, I don’t care. This CD is of the highest quality and if you give it a listen, I’m almost “positive” you will agree!