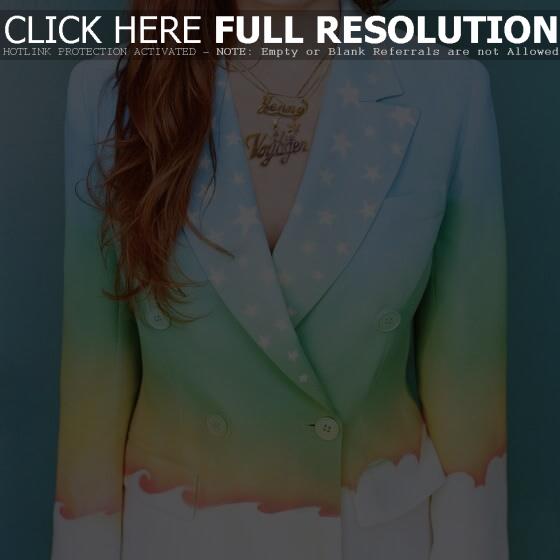 ‘The Voyager’ is Lewis’ most deeply personal album to date, documenting her struggle to cope following the death of her estranged father in 2010 and the subsequent break-up of Rilo Kiley.

“Making ‘The Voyager’ got me through one of the most difficult periods of my life,” Lewis explained. “After Rilo Kiley broke up and a few really intense personal things happened, I completely melted down. It nearly destroyed me. I had such severe insomnia that, at one point, I didn’t sleep for five straight nights. Many of the songs on ‘The Voyager’ came out of the need to occupy my mind in the moments when I just couldn’t shut down.”

The track-listing for ‘The Voyager’ is as follows:
Head Underwater
She’s Not Me
Just One Of The Guys
Slippery Slopes
Late Bloomer
You Can’t Outrun ‘Em
The New You
Aloha & The Three Johns
Love U Forever
The Voyager