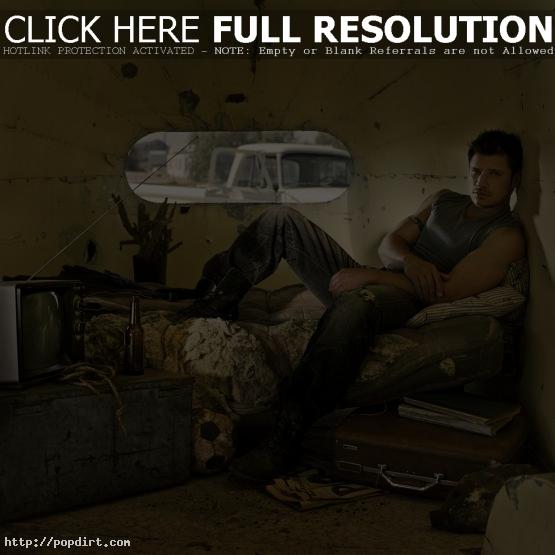 Sad that the finale of ‘Jersey Shore’ aired the other night? To hold fans over until next season, ‘The Late Late Show with Craig Ferguson’ is presenting ‘Jersey Shore: The Movie’, starring Craig Ferguson, Mila Kunis, Nick Lachey and Tom Lennon. “I got one rule, never fall in love at the Jersey shore,” the former 98 Degrees singer says in the trailer, playing the role of Ronnie. “Unless it’s with someone you really wanna rock, like an Italian. Or a Camaro.”

‘The Sing Off’ Host Nick Lachey Arrives In LA

December 14, 2009 – Nick Lachey was all smiles as he arrived at Los Angeles International Airport on Friday (December 11). Check out pictures from Zimbio.

The singer is lined up to host NBC’s ‘The Sing Off’, which premieres tonight. As for chances we’ll see a 98 Degrees reunion, Lachey says, “I think there’s always a chance of that. We’ve always kept that door wide open.”