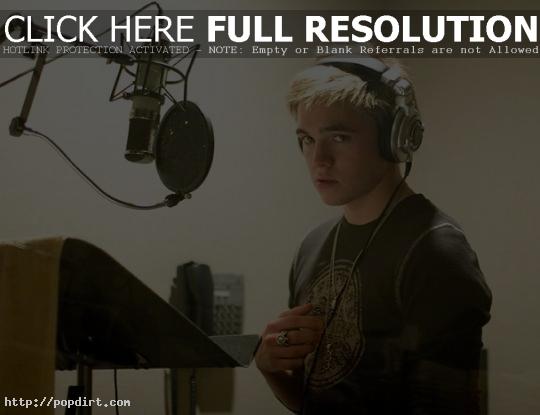 Jesse McCartney has just issued an apology to TMZ in wake of his claim that Jennifer Lopez dropped out of ‘Dallas’ because she was pregnant. “I have no first hand knowledge whether Jennifer Lopez is pregnant or not,” McCartney said. “I thought I had read it somewhere. I apologize.”

Audio of the clip from his Star 94 interview in Atlanta where he originally made the remark has since been removed at TMZ.com.

Jesse McCartney: J.Lo Dropped Out Of ‘Dallas’ Due To Pregnancy

August 25, 2006 – At an appearance Thursday morning in-studio at Star 94, Jesse McCartney talked with Steve McCoy and Vikki Locke about how his girlfriend Katie Cassidy had landed the role of Lucy Ewing in the big-screen version of ‘Dallas’. When Locke asked about when Jennifer Lopez “was fired” from the production, McCartney replied, “She didn’t get fired. She’s pregnant.” Watch to the interview (unfortunately the station appears to be too timid to add to the controversy and clipped the interview right at the point Jesse made the pregnancy claim) and a performance of a new song at Star94.com (the link has since expired).

August 17, 2006 – The National Enquirer reports after Jennifer got a positive result from a home pregnancy test, the singer rushed to the doctor to confirm the finding, but was crushed after being told she wasn’t pregnant. “She’s wanted to have a child for nearly 10 years,” a source revealed. “But her hopes for a baby died in the doctor’s office. Now she’s back at square one. And this failure to conceive hit J.Lo particularly hard because she has been through so much to get pregnant.” Read more.

Why Did Jennifer Lopez Ditch ‘Dallas’?

August 7, 2006 – An industry insiders spoke with The New York Posta about why Jennifer backed out of the role of Sue Ellen Ewing in the big-screen version of ‘Dallas’, where she was to star opposite John Travolta as J.R. “The script sucks,” the tipster insisted. “And John Travolta? If it had been a man’s man like Ed Harris or Tommy Lee Jones… but you don’t just go from doing ‘Hairspray’ to ‘Dallas.'”

Jennifer Lopez Drops Out Of ‘Dallas’

August 3, 2006 – Star magazine reports Jennifer has dropped out of the big screen version of ‘Dallas’, where she was tapped to play Sue Ellen Ewing. J.Lo’s rep Leslie Sloane Zelnik told the tab, “She is out of ‘Dallas’.”