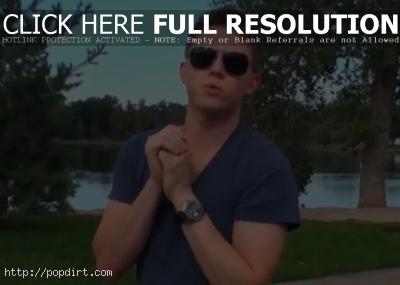 Jesse McCartney checked in with a video clip from Bubbleque 2008, where the ‘Leavin’ singer enjoyed some barbecuing, played some football, and hung out on the tour with ‘American Idol’ season six winner Jordan Sparks. The barbeque is named after Bubbles.

Describing the scene, Jesse said, “We’re here at the official Bubbleque 2008, the first one of this Jordin Sparks Jesse McCartney tour. Bubbles doesn’t eat meat, but he cooks a hell of a hot dog and hamburger and steaks, that’s why we call it Bubbleque. Play a little football and hang out.”