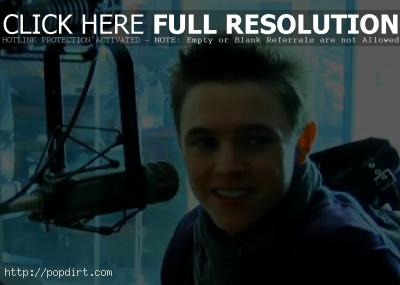 Highlights of Jesse McCartney hitting the streets of New York City, where he stopped by Z100 and Sirius as the radio promo tour for his new single ‘Leavin’ and album ‘Departure’ has been posted online.

“I’ve been here a couple of times,” Jesse said about the Sirius studios. “I’ve done a live show here before. It was actually the first time I met Lenny Kravitz in this very building. He’s a really cool guy.”

Talking about the chilly weather, he complained, “It’s probably about 3 degrees here right now, and the wind chill is making it 3 below zero, and I’m actually naked under this jacket, so the weather has been great. I’m gonna say we like the Miami weather, but we love the actual energy in New York, so it’s good to be back.”

Watch the clip, featuring Jesse talking with the DJs and walking around, set to the music of ‘Runnin’, below.