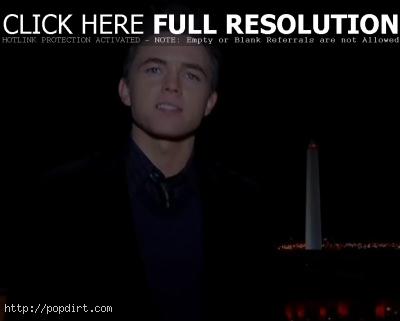 Jesse McCartney stopped in the nation’s capital Washington, DC on day ten of his radio promo tour in support of his new album ‘Departure’, visiting XM radio and doing a meet and greet with fans. Jesse also cut a political campaign spot to open the clip. The video clip also features some testimonials from female fans at the signing.

“Hi, I’m Senator McCartney and I’d just like to say, vote yes on proposition 56, ‘Departure’, May 20th, 2008. If you care about music, you care about love,” Jesse said in his campaign video.

“I just finished a music video which I got the first cut yesterday and I’m so excited,” Jesse said. “It’s a cool video. It’s gonna shock everyone.”