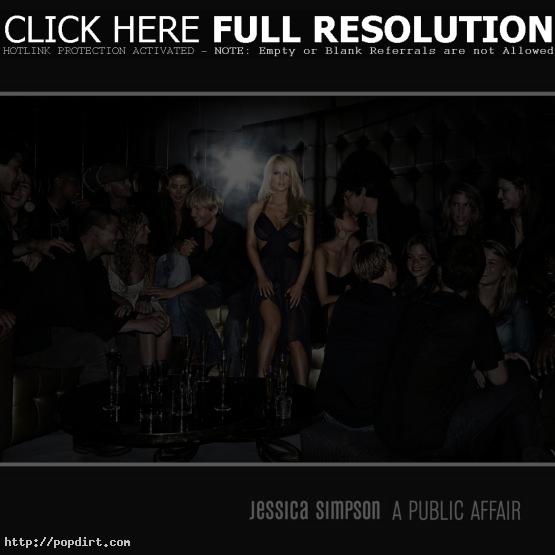 Australian actor Reshad Strik was personally selected by Jessica Simpson to play her on-screen beau in her new Brett Ratner-directed video ‘A Public Affair’. “Jessica thought he was really hot,” a source on the set of the video told Star magazine. “They looked good together smiling and laughing. They got on real well.” The insider added, “They looked like a new couple. Of course they were playing for the cameras, but when we stopped rolling, their chemistry continued.”

June 29, 2006 – Jessica Simpson was on the phone with Jackie & Bender of KISS 106.1 FM in Seattle on Wednesday (June 28) to promote her new single ‘A Public Affair’. They talked about how Simpson hasn’t talked to them in two years, the report that she’s friends with Cher – she’s never even met Cher, her new wig line with hairstylist Ken Paves, a possible role in ‘Dallas’ as Pam Ewing, ‘Employee Of The Month’ coming out in September, comparisons her new single is getting with Madonna’s ‘Holiday’, and more. The interview at kiss1061.com has since been removed.